Seasonal labor is a given for the agricultural business and the U.S. has a long history of inviting foreign workers to help fill gaps in farm labor. The H-2A Program is a guest worker program offering temporary status to agricultural workers for 10 months or less. Employers must first show that they have tried and are not able to find U.S. workers to meet their labor needs. The H-2A program has grown rapidly from 139,832 jobs in 2015 to over 242,000 in 2018.

The H-2A program includes some basic requirements to protect workers from negative effects on their wages and working conditions, as well as to protect immigrant workers from exploitation. Despite that, the makeup of the H-2A program, including the dependence of H-2A workers on their employers, is inherently flawed and leads to exploitation and abuse of both foreign and domestic workers.

Even when Congress and other federal agencies have tried to protect workers through labor law requirements they have had little impact. Workers are often afraid to report the abuses as their invitation to work the next season is dependent upon the employer or labor contractor who hired them.

The Department of Labor is currently proposing changes to the H-2A program which loosen the obligations of finding domestic workers,  pass more costs on to the workers and diminishes wages. The abuses faced within the agricultural sector are not limited to immigrant farm workers. These changes affect each and everyone of us. We depend on farm workers for the food we eat every day. National Farm Worker Ministries advocates for a permanent solution for workers with temporary status. Increasing the guest worker program is not a solution to labor shortages. As people of faith and conscience who believe in the idea of caring for your neighbor, whoever that is, farm workers are our neighbors and community members and their work should be honored. They literally feed us.

The United States has had a long history of going abroad to seek cheap seasonal farm labor to allow for maximizing profits on U.S. agribusiness. From the beginning the American colonies used slave labor for cash crops like tobacco, sugar and cotton. Later to maintain low costs and high production new farms on the frontier used seasonal agricultural workers from China, Philippines and Japan.

The first agricultural guest worker program was called the Bracero (meaning one who works with their arm/manual labor) program. It was initiated in 1917 to import workers from Mexico to temporarily fill the United States’ labor shortage during World War I, and was terminated in 1964 due to worker mistreatment. The bracero program was overseen by the State Department, the Department of Labor and the Immigration and Naturalization Services. Laborers were promised decent living conditions in labor camps including shelter, food and sanitation. They were also promised a minimum wage of 30 cents an hour. The bracero program reached its peak in 1959 with 437,000 bracero workers.  Over the course of the bracero program there were employment contracts to 5 million braceros in 24 U.S. states. 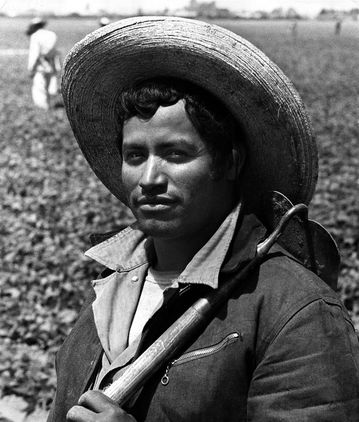 The U.S. and Mexican employers became heavily dependent on the bracero program for willing workers. Bribery was used to get a contract and later short-term agreements led to an increase in undocumented immigration and a growing preference for operating outside the parameters set by the program.

Just like current guest worker programs the bracero program was deeply flawed. The power dynamic of employers and workers created situations where workers had little control over their living and working conditions, transportation, hours of work and wages.The U.S. Department of Labor officer who headed the program, Lee G. Williams, described it as “legalized slavery”. Many former Bracero farm workers are still fighting to collect wages (an estimated total of $500 million), that they were promised upon their return to Mexico.The Bracero program was not the end of guest worker programs in America.

Learn more about the history of farm workers in the U.S. here

Farmers and companies are hiring an increasing number of H-2A workers. Employers may view the H-2A worker as an alternative source of cheap labor: a source that eliminates the risk of hiring undocumented workers. The majority of H-2A workers are hired by full-time growers and large-scale farms in the southeastern United States.

In order to hire H-2A workers, the employer must prove that …

Although there are these stipulations in place around finding local workers before requesting H-2A guest workers, many employers use various tactics to get around the parameters. These tactics include interviews scheduled at inconvenient times and locations, hiring taking place too early in the season limiting domestic worker’s hours to discourage them from continuing work, employment contracts demanding that workers give away their right to sue a grower for lost wages, and unrealistic work demands and productivity quotas. Other times domestic farm workers are turned away or fired only to be replaced by guest workers.

There are many benefits for employers who hire guest workers. For example, employers do not have to pay Social Security or unemployment taxes, as they are required to do for domestic workers.

Since the hiring process of H-2A workers takes place outside the United States, employers can circumvent U.S. regulations that prevent discrimination practices. The guest worker programs are inherent discrimination. The employers do not have to follow the Civil Rights Act of 1964 or the Age Discrimination Employment Act of 1967. H-2A employers/recruiters look specifically for young single men without family living in the U.S. so that the worker is available to work every day.  They can reject workers who seek higher wages or benefits and hire workers who accept less. Once an employer hires H-2A workers, they are unlikely to go back to hiring domestic workers. 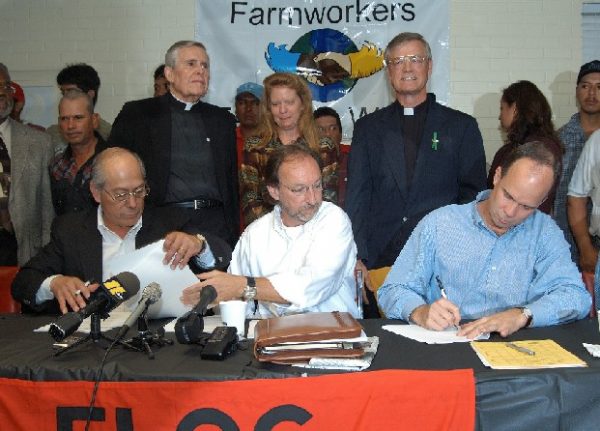 H-2A employers depend on private recruiters in the sending country to find the workers, arrange their visas and transportation to the fields. Recruiters may look for workers by advertising throughout their community. In order to legally migrate to the United States, some workers will find recruiters themselves.

Since the recruiting happens outside of the U.S. there is no way to regulate the process and it is highly exploitative. The H-2A program has been extremely profitable for companies and recruiters who often charge thousands of dollars in recruiting, visa, and travel fees for job placement in the United States. Profiting from recruiting has been illegal since 2008, yet persists due to the lax enforcement of U.S. laws that protect workers during the recruitment process. Workers will take out high-interest loans and/or provide collateral, like home deeds, for a chance to secure a job. Tied to one employer workers have no choice but to accept the pay leaving many workers in debt-bondage. Polaris, an anti-trafficking organization, released a report showing that the H-2A program was the category with the most reported trafficking cases – over 300.

Guest worker programs drive wages down and deprive immigrant workers from bargaining power and political representation. The guest worker program requires a set wage for farm workers to receive and is often higher than the wages that undocumented workers receive even on the same farm. However, the grower who has both H-2A workers and undocumented workers is more likely to give work first to those who make the lowest wages. Qualified U.S. workers may seek higher wages or an extra benefits like paid sick days. Employers prefer to hire guest workers who are willing to accept the approved terms. In addition to the difference in wages, employers are incentivized to hire guest workers rather than domestic workers because they do not have to pay social security and unemployment taxes on the guest worker wages.

Guest workers lack knowledge about their rights making them vulnerable to wage theft. There have been lawsuits filed against employers who routinely underpay, miss paychecks and fail to report all the hours an employee worked. Employers often pay piece rate and in theory they are required to supplement the pay to build it up so that the worker is making minimum wage. In practice employers claim the employee worked fewer hours than they actually did to make it look like the workers averaged a minimum wage. 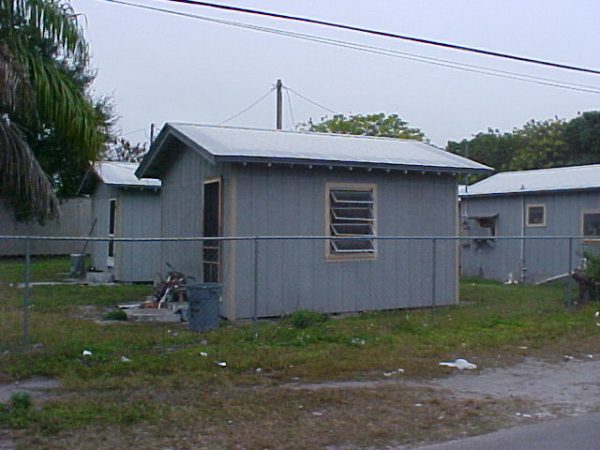 Although growers are obligated to provide free housing for workers, it is typically substandard, overcrowded, and in some cases, even squalid. H-2A workers describe the housing as dirty, cramped, unsanitary, and pest-ridden.  Worker housing is often located in remote rural locations; inspections are lax and sometimes occur only once – before workers move in. The housing that is sometimes provided is a barrack style set-up making it very challenging for women workers and families.
Top

In many cases, workers have no contact with anyone besides the grower or labor contractors. Workers rely on their employers for transportation everywhere. This extreme power imbalance leaves workers with little agency to report abuses or fight for the rights to which they are legally entitled. Workers who do fight for their rights can be blacklisted, preventing them from being hired in the future.

If they do not receive what they were promised, or are otherwise exploited, workers have few options but to go back home. If they violate their contract in doing so, they must pay for their own transportation and risk not being able to return in the future.

The Department of Labor has announced revisions to the H-2A guest worker program. One of those changes is to end the requirement of employers to pay the transportation cost to reimburse travel from the worker’s home in the country of origin to the place of employment. This would only require that employers pay for transportation from the US consulate or embassy where the workers obtain their visa. In 2008 there was a similar rule change resulting in $4.7 million cost to the workers and is estimated to be much higher today.