UFW and PCUN leadership stand in support of CIR 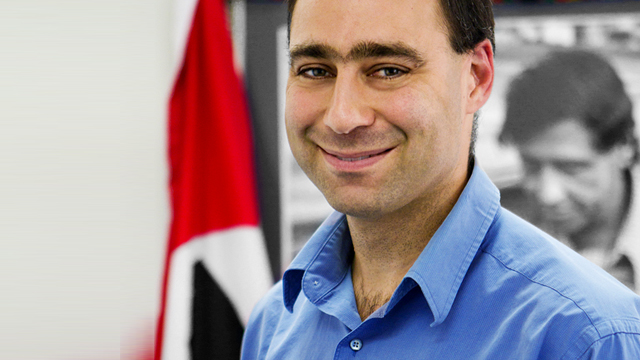 They joined more than thirty other labor, faith and immigrant rights leaders who were arrested August 1 on Capitol Hill protesting against unjust immigration policies and the House GOP’s inability to pass a bill that contains a pathway to citizenship and keeps families together. Please take action as requested by the United Farm Workers below.

A message from Giev Kashkooli, President of the United Farm Workers of America: 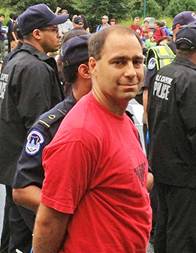 I was just arrested in the latest chapter in the battle over fair immigration reform.

I was arrested for joining others in a campaign to win a new immigration process that includes a path to citizenship for the estimated 11 million undocumented immigrants.

I was arrested while protesting the Republican leadership leaving for an undeserved five-week vacation without introducing a comprehensive immigration reform bill with a path to citizenship. Instead, the GOP leaders are allowing a vote on the racist immigration policy proposals from U.S. Rep. Steve King.

Earlier this morning, in partnership with America’s Voice and United We Dream, I also helped deliver sweet American-grown cantaloupes, harvested by immigrants in California, to 224 members of the House of Representatives who voted in favor of Rep. Steve King’s hateful proposal to end the Deferred Action program for DREAMers and to stop other uses of prosecutorial discretion in deportation cases.The cantaloupes were affixed with a crystal clear message:

“This cantaloupe was picked by immigrants in California.
You gave Steve King a vote. Give us a vote for citizenship.”

Today’s historic actions are part of a larger series of events that the United Farm Workers of America, the UFW Foundation and a broad coalition of civil rights, labor, faith and immigrant organizations, are planning for the next several days and weeks. We will keep working until members of the House agree to advance comprehensive immigration reform legislation with a pathway to citizenship, such as the Senate-passed bill, S.744, the Border Security, Economic Opportunity, and Immigration Modernization Act.

This proposal, which was overwhelmingly approved by the Senate last June, includes a roadmap to citizenship for the estimated 11 million undocumented immigrants, including farm workers, currently living in the country and includes special agricultural provisions negotiated by the United Farm Workers and major grower associations.

The UFW is calling on House GOP lawmakers, particularly Speaker Boehner and Majority Whip Kevin McCarthy, to make a stand for real immigration reform that includes a roadmap to citizenship. Some anti-immigrant lawmakers like Rep. King of Iowa are trying to make it seem as if immigration reform is too complicated, but it’s not complicated at all. House Republicans should allow a vote on the Senate bill or on the comprehensive immigration reform proposal that a bipartisan group of House members are working on.

Americans and new immigrants have been waiting for far too long.