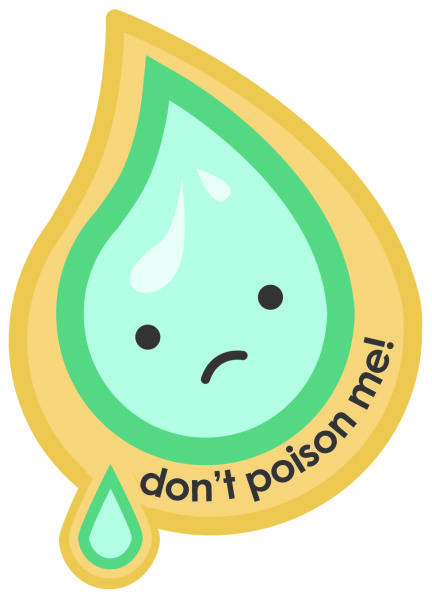 A message from Beyond Pesticides:

Genetically engineered (GE) crops are failing nationwide, and have spawned a new generation of resistant “superweeds” no longer controlled by herbicides like glyphosate (Roundup). But rather than rethink the failed and toxic system marked by resistant weeds, industry sees a business opportunity to market more dangerous herbicides. Despite its own warnings of increased 2,4-D use and the accompanying environmental degradation, USDA is geared to approve the deregulation of Dow Agrosciences’ 2,4-D-resistant corn and soybeans, and now EPA is set to green light the chemical cocktail to be sprayed on these new GE crops. Dow’s new 2,4-D choline salt formulation, and the combo 2,4-D and glyphosate “Enlist Duo” formulation can soon be sprayed on GE crops in agricultural communities across the country.

Dow claims that its new 2,4-D formulation would control “superweeds.” and dismisses concerns of environmental contamination by maintaining that its new herbicide is less prone to drift than other forms of 2,4-D. However, EPA’s preliminary ecological assessment is filled with data gaps, and does not address concerns of 2,4-D induced weed resistance, potential water contamination, nor the potential synergistic and additive effects with a 2,4-D and glyphosate mixture.

This is unacceptable, given that 2,4-D is associated with:

Tell EPA to stand up for the environment, and say no to more 2,4-D!
(See sample comments below)

Dioxin contamination, damaging 2,4-D drift, and adverse impacts on endangered species and non-target crops are only a few of the reasons EPA must reject “Enlist Duo” for use on GE corn and soybean.

We should be eliminating the use of these chemicals, not increasing our dependency on them in food production – especially given the success of organic production systems.

Tell EPA that Dow’s “Enlist Duo” has no place in farming communities, the environment or our dinner plates! Send your comment now!

I oppose EPA’s registration of Dow’s “Enlist Duo” herbicide. Allowing this toxic product to be sprayed in agricultural communities nationwide increases our dependency on a failed toxic system that the agency should be eliminating, not facilitating. Approving “Enlist Duo” on 2,4-D resistant genetically engineered crops will lead to rampant weed resistance, as has already occurred with glyphosate-resistant crops. Adverse impacts on human health, organic and conventional farmers, and wildlife and endangered species should preclude the agency from approving this toxic chemical cocktail.

Inevitable increases in 2,4-D use will wreak havoc on our health and environment. 2,4-D is associated with increased cancer risks, especially for non-Hodgkin lymphoma. It is also a potent neurotoxin and hormone-disruptor. Studies report that exposure to 2,4-D is associated with an increased risk of Parkinson’s disease, reduced sperm counts, and birth defects. It is also a threat to farmworkers and their families who continue to be disproportionately impacted by pesticide use.

Also concerning is the indiscriminate nature of GE gene contamination among crops, especially organic crops; 2,4-D drift has long been a known problem to off-site locations, impacts on endangered species and non-target crops, as well as the threat of dioxin contamination. 2,4-D and 2,4-D GE crops are not the solution for failed GE technologies like Roundup-resistant weeds spawned by Roundup Ready crops.

EPA has a statutory obligation to protect human health and the environment. I urge you to reject 2,4-D GE crops and instead focus on safer, sustainable, long-term solutions that utilize organic methods of production, including crop rotation, so that we can end the toxic treadmill for farmers and consumers alike.