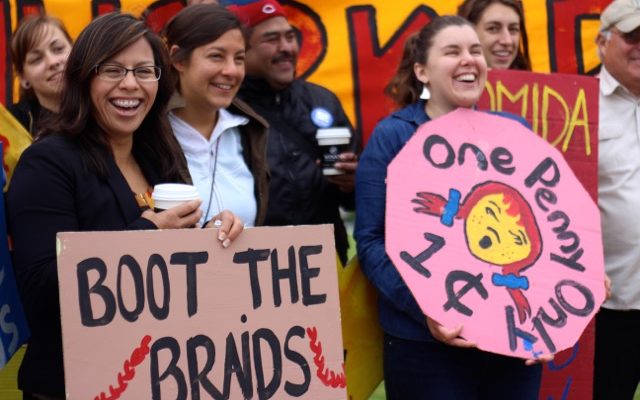 Keep the Heat on Wendy’s

Wendy’s still refuses to sign onto the Coalition of Immokalee 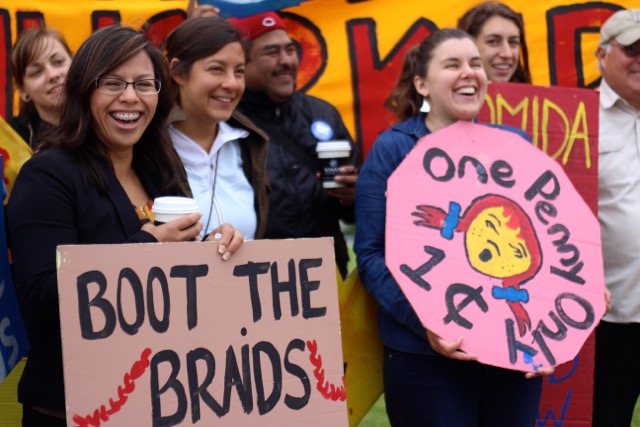 Workers’ Fair Food Agreement in which Wendy’s growers would agree to give farm workers a wage increase through paying an additional penny per pound and to adhere to a human-rights-based Code of Conduct to be implemented on the farms that grow their tomatoes.

Keep the heat on Wendy’s by organizing pickets, theater pieces, marches and more within our communities, Fair Food Groups or congregations.  As students return to the national student boycott of Wendy’s, we’ll be “Schooling Wendy’s” on the many ways Wendy’s has failed to make the grade: dignified wages and working conditions, the prevention of violence and forced labor and respect for workers’ voices, just to name a few.

Get in touch at organize@allianceforfairfood.org or 239-657-8311 to begin planning for the Schooling Wendy’s Week of Action in your city!  SFA will soon have available a Week of Action resource packet containing everything from an action organizing how-to guide to a sample press release