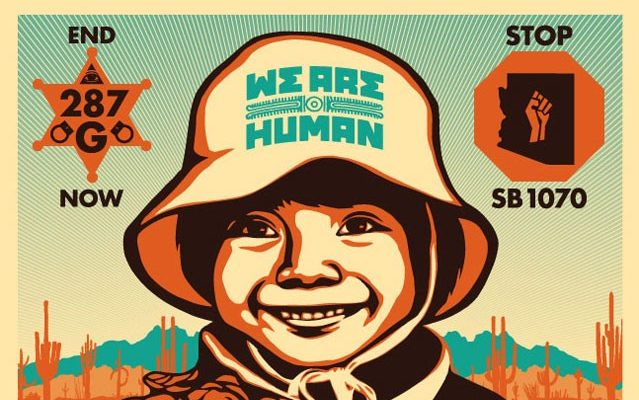 Today the Supreme Court ruled over the anti-immigrant Arizona law SB107. The judges ruled that 3 of the main provisions were unconstitutional, but they upheld the provision  that allows the police to investigate the immigration status of people who they suspect could be undocumented.

Although this decision makes it clear that immigration is a responsibility of the federal government and not the state governments, we worry that with poli-migra programs such as S-COMM still in place, the court’s decision will result in racial profiling and discrimination against Latin@s.

We must continue to organize in support of immigrants and the farm worker communities that continue to be targeted and criminalized. We call for a humane and fair solution to the issue of immigration, so that immigrant families can live in peace and with dignity.

We support all efforts to overturn the racial profiling provision that was upheld by the Supreme Court as well as all efforts to keep the law from going into effect by using the lower courts.

We call on President Obama, the Department of Homeland Security and ICE to NOT COLLABORATE with the implementation of the racial profiling component in Arizona. If being undocumented is not a crime, police officers should not detain people under that argument.

1. Tell the President to cut off Arizona’s access to federal deportation programs and to suspend S-Comm in the state of Arizona (a campaign by Alto Arizona)

2. Help stop the suffering in Maricopa County. Ask President Obama, Attorney General Eric Holder, and Secretary of Homeland Security Janet Napolitano to end the culture of cruelty by placing the Maricopa County Sheriff’s Office under receivership, closing of Tent City, and cutting off all ICE powers from Maricopa County (a campaign by Standing on the Side of Love)

3. Pledge to reject racial profiling and to stand in solidarity with immigrants (a campaign by the ACLU)

What was the Supreme Court’s Decision?

1. The Supreme Court said that the following provisions of Arizona’s SB 1070 are definitely unconstitutional:

a. Make it a state crime to be undocumented
b. Make it unlawful in the state for undocumented immigrants to look for work
c. Make arrests without a warrant

2. The Supreme court refused to say whether the “show me your papers” provision is constitutional or not, therefore allowing anti-immigrant police and politicians in states with Arizona copycats to enforce it until the Courts can fully decide if it is constitutional

3. The Supreme Court has spoken out of both sides of their mouth. They have made it clear that it is the Federal Government’s job to make immigration laws and not the States. But it has also said, by temporarily allowing the “show me your papers” parts of the law, that anti-immigrant sheriffs and politicians can continue racially profiling and violating people’s constitutional rights if they like. 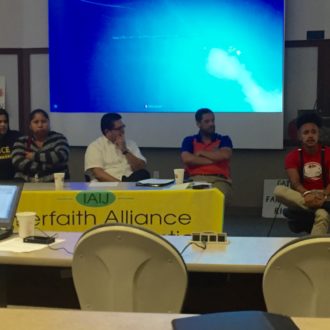 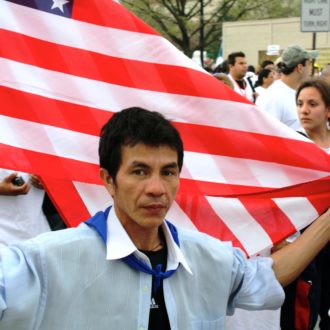