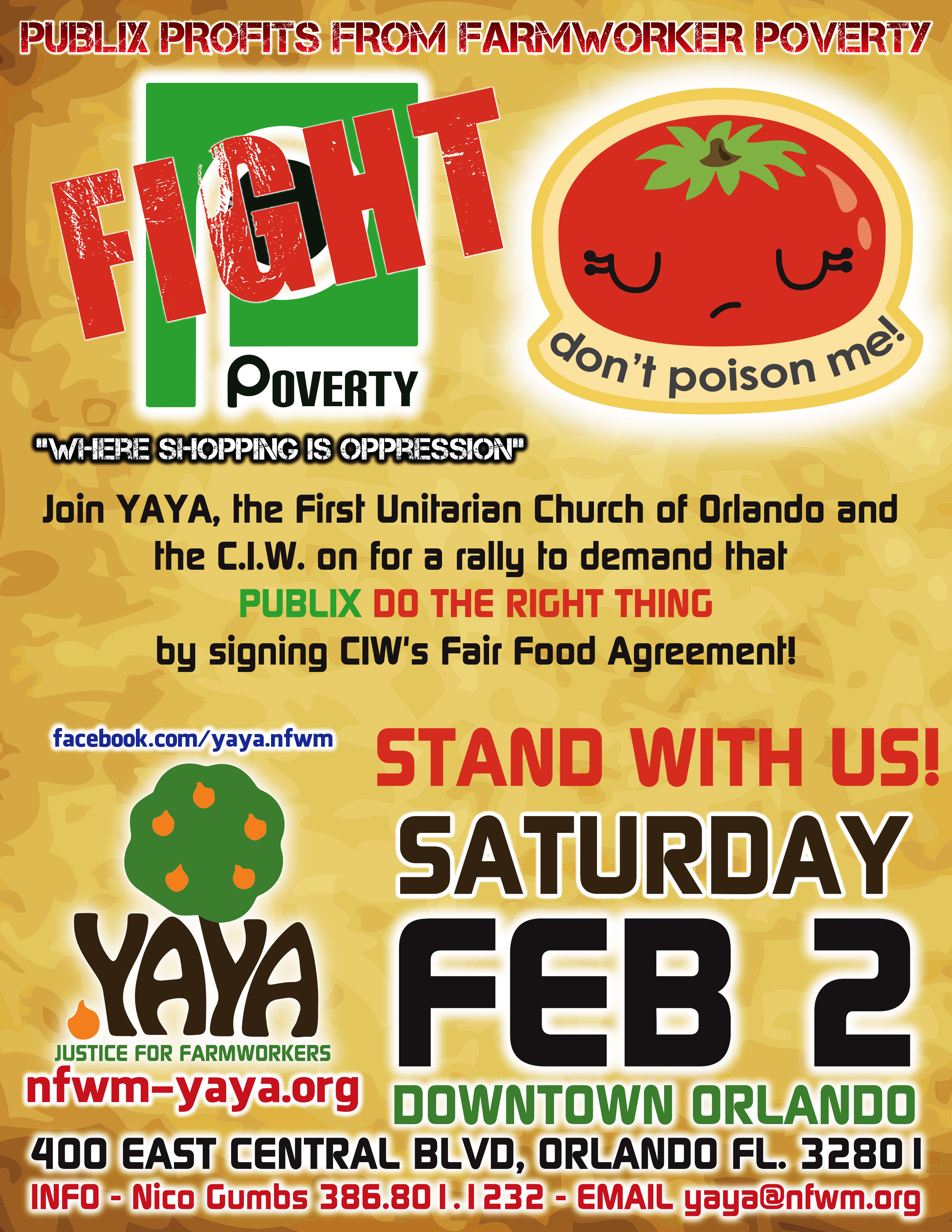 On Saturday, February 2, join First Unitarian Church of Orlando, the Coalition of Immokalee Workers (CIW), and YAYA for a rally calling on Publix to do the right thing! Ask Publix to sign the CIW’s Fair Food Agreement!

Where: Publix Super Market At The Paramount On Lake Eola (Downtown Orlando

Orlando YAYA will provide transportation. Contact us for more information.

The Fair Food Campaign focuses on bringing giant fast food corporations, supermarkets (like Publix), food providers and the tomato industry to act as responsible corporations throughout their supply chains, and on fighting against modern day slavery in the fields of Florida.

The CIW has three major demands that seek to improve the lives and working conditions of tomato pickers:

1. An immediate increase in farm worker wages (they advocate for an increase of at least a penny more per pound of tomatoes)

2. Developing an industry-wide Code of Conduct with the full participation of farm workers (to prevent abuses at the workplace, including modern day slavery).

3. A seat at the table for farm workers alongside growers and corporations who are making decisions that affect the tomato industry.

Although many corporations are participating in the Fair Food Campaign, Publix has continuously refused to work to improve the conditions of the farm workers who pick the tomatoes that they sell.

As consumers we have the power to pressure Publix to do the right thing. Join us this Saturday!