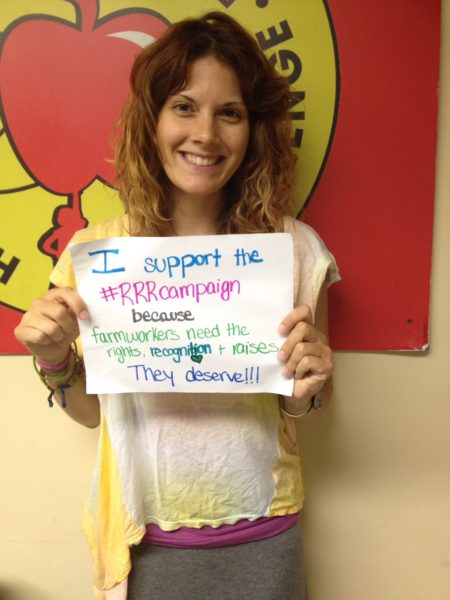 In 2013, FLOC members decided to continue organizing tobacco farm workers in the South by launching an organizing drive to sign up 5,000 new members over the 2014 harvest season. This effort has officially begun!

Farm workers are standing up and demanding respect on the job, recognition of the union, and fair and equal wages!

Throughout the week, FLOC will be posting photos of workers, staff, interns, etc. holding signs saying why they support the campaign, and asking others to do the same.

Show your solidarity by taking a picture of yourself holding a sign that expresses your support for the campaign and posting it on your social media networks. Do not forget to include the hashtags #RRRCampaign and #YAYAsolidarity!

You can also show your support by taking the picture and emailing it to flocnc@floc.com. The staff at FLOC will post it for you!

Thanks for your help make this campaign launch visible!