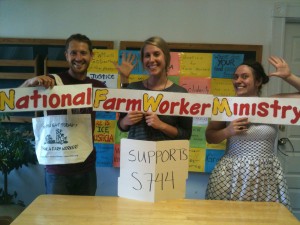 On Tuesday, June 25th use #FieldFotos on Facebook and Twitter. Help United Farm Workers raise the voices, stories, & images of farmworkers while telling U.S. Senators to support the Senate immigration bill (S.744) & a pathway to citizenship for farmworkers & their families. See attachment for details.

Note: make sure to put a period (.) before your tweets. “.@Senator….” It allows the tweet/post to be public.

7. On FACEBOOK include @UFW Foundation,  @UFW and @Yaya Nfwm.

Thank you for your support!