Session 5: The Power of Organizing

“The Union is simply to be together. It is more difficult for them to violate your rights if you are surrounded by other compañeras as opposed to being alone. The Union forms that circle of support between all of us.”

“So, we won’t stay quiet anymore. We must react not with violence but with laws to protect. Documented or undocumented, you have to speak.” 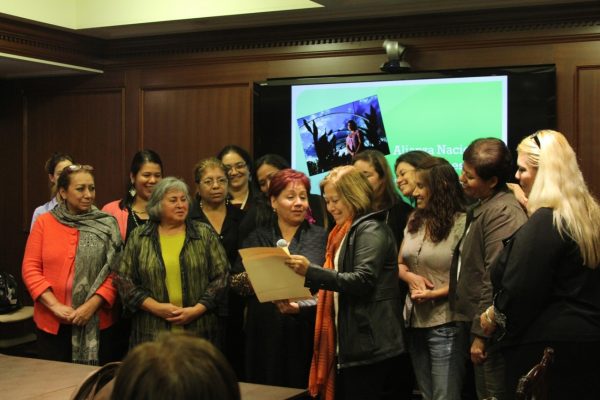 In June 2019, seven male dairy workers employed at a Washington Darigold member dairy filed complaints with the EEOC alleging sexual harassment and sexual assault. According to the workers, the dairy’s supervisor has threatened workers’ wages and livelihoods to obtain sexual favors. Workers report that this unlawful behavior has been happening for over five years. This is an example of what farm worker unions address.

Working together provides support and power. Whether unions, coalitions, associations or other efforts to collectively bargain, seek justice, and improve the lives of farm workers, persistence in farm worker campaigns puts pressure on companies and corporations to do the right thing. Addressing sexual harassment and violence comes through union support in grievances, complaints, court cases, training for prevention and raising awareness among farm workers as well as standards enforced in food certification programs. People of faith and conscience can add impact to these efforts.

Support the Farm Labor Organizing Committee (FLOC) in their campaign for tobacco workers or the United Farm Workers Union (UFW) in their Darigold Campaign with dairy workers. Use social media to put pressure on companies and corporations. Participate in public rallies and marches. Sign petitions, send letters and postcards. Find out what campaigns currently need support here.