The Farm Labor Organizing Committee (FLOC) was founded in 1967 by Baldemar Velasquez, who, with his father, began organizing migrant farm workers in Ohio. The Velasquez family, from Texas, followed the Midwest migrant stream each season. Baldemar organized his first strike at the age of 12, recognizing early on and refusing to accept, the injustices farm workers faced.

FLOC is significant to the farm worker movement for creating and popularizing the corporate campaign and as the first union to represent H2A guestworkers under a labor agreement. Farm workers throughout the southeast seek FLOC’s help to challenge workplace abuse and FLOC fights for their rights. 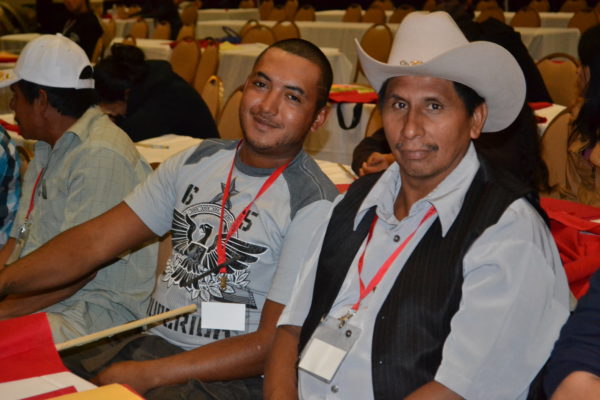 FLOC is both a farm worker labor union (AFL-CIO) and a social movement in its own right. It has two key principles: 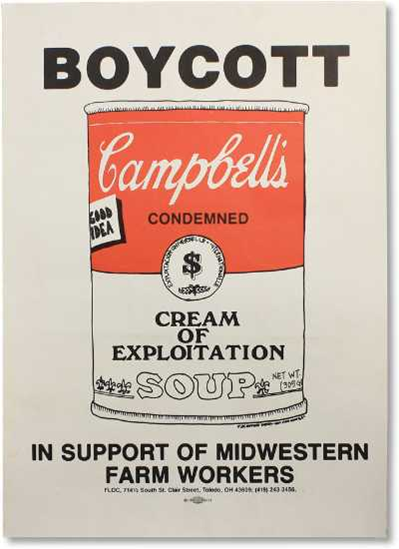 Before FLOC, farm workers struggling for better working conditions targeted the growers directly above them. FLOC moved beyond this model, successfully mobilizing farm workers and the general public to put pressure on the powerful corporations that buy from the growers, instead of the less-powerful growers who source their products to corporations. FLOC pioneered a historic three-way labor contract between farm workers, Campbell Soup, and tomato and cucumber growers in Ohio and Michigan. The contract was signed in 1986 after two years of talks and corporate campaigning. 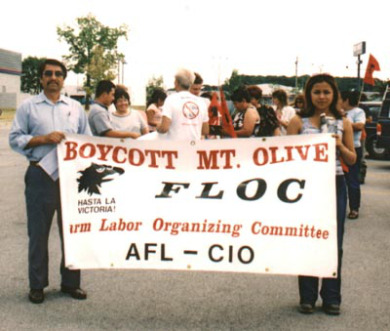 FLOC began organizing farmworkers in North Carolina and recognized that one of the major corporate powers responsible for keeping farm worker wages low and conditions poor was the North Carolina based Mt. Olive Pickle Company. In 1999, FLOC called a boycott of the company, which in 2004 resulted in the signing of a union contract with the North Carolina Growers Association, covering thousands of H2A farm workers in that state. Because of that union contract farm workers have the power to challenge and resolve hundreds of workplace grievances every year. 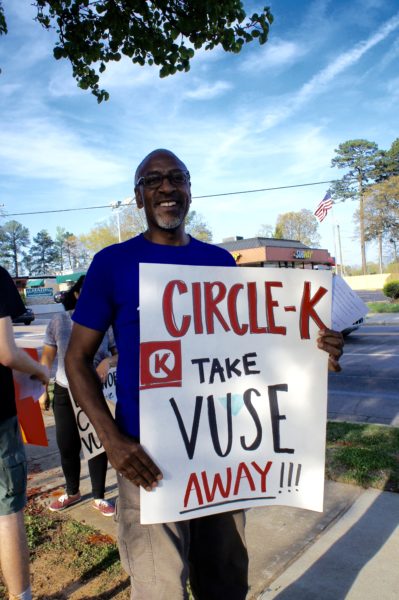 Recognizing that one of the richest and most powerful agricultural corporate processors are the international tobacco companies, whose presence in North Carolina is significant, and that some of the worst conditions farm workers face are in tobacco, FLOC turned its attention to ending the human rights abuses suffered by tobacco farm workers in the Southeast. In 2007, FLOC announced a campaign against Reynolds American Tobacco and called upon Reynolds to meet with FLOC to improve conditions.

For five years, Reynolds American would not talk with FLOC, claiming that any problems are not their responsibility. Since a 2012 announcement that Reynolds would engage in multi-stakeholder talks, called the Farm Labor Practice Group, all FLOC has gotten from the talks is dead-end discussions and suggestions for band-aid solutions. So in September 2017, the union membership of FLOC voted to call the boycott of Reynolds American e-cigarette VUSE. 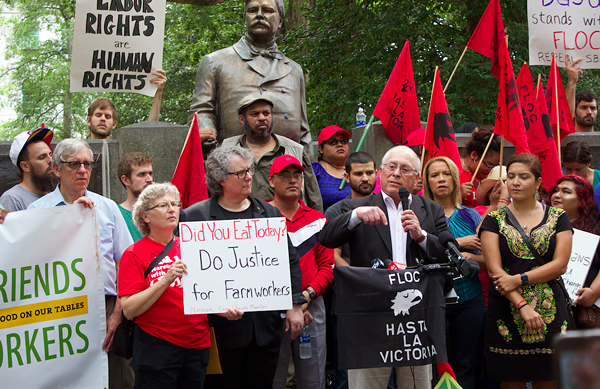